A project initiated by

An illuminated arts trail is helping to bring communities together
Posted by Sian Williams
In the dark of winter, one initiative is helping people to see their neighbourhoods in a new light. Window Wanderland encourages communities to turn their streets into illuminated galleries by lighting up their windows with creative displays. The festival of lights aims to celebrate everyday creativity, strengthen community spirit and spread happiness and goodwill during the winter months. 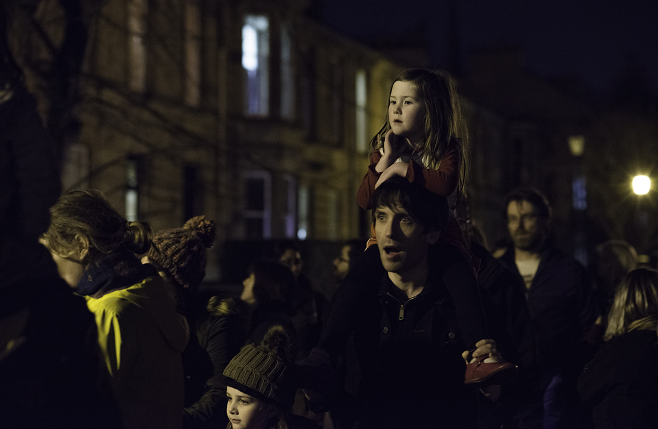 Window Wanderland is the brainchild of set designer Lucy Reeves Khan. She came up with the idea in 2015, while she was recovering from an accident that had left her isolated and suffering with chronic pain. As part of her rehabilitation, she would go for short night-time walks and often found herself glancing at the lit windows in her neighbourhood to distract her from her situation. Lucy imagined her local streets alive with people viewing imaginative window scenes and wondered if these displays would cheer up others too.

After starting her own illuminated scene in Bristol, the idea soon caught on. There have now been thousands of these cheerful displays around the world, tranforming the windows of houses, flats, schools, businesses, cars and campervans. 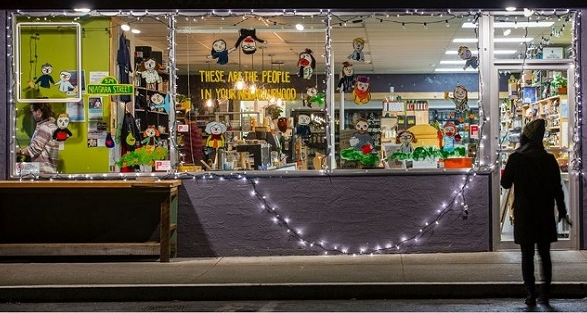 Businesses have also get involved with Winter Wanderland, transforming shopfronts into magical works of art.

If you feel inspired by Window Wanderland, there are several ways that you can get involved. Find a walking trail near you through the event map. If there’s an event taking place in your neighbourhood then why not become a window-maker? You can see previous window displays here. If there is no Window Wanderland near you, then it’s easy to create your own event. Just visit the Winter Wanderland website for more details.

The Calouste Gulbenkian Foundation (UK Branch) is supporting Window Wanderland as part of our Civic Role of Arts Organisations programme. We aim to connect all those who believe the arts are central to society and want their arts organisation to play a ‘civic role’. Our ambition is to build a movement of change-makers, with impact in their local communities, across the UK and internationally.

Want to get involved? Sign up for our newsletter.